On Air: The Thrilling History of the Radio Industry

We all know the lyrics: “video killed the radio star.” But even today, that is not true. The radio is still the top-reach medium in the U.S., with 92 percent of Americans being reached every week.

This is followed by TV reaching 87 percent of the U.S. population and smartphones reaching 81 percent.

Radio has remained a staple to our media consumption. However, it didn’t start off as a means of entertainment.

Keep reading to learn more about the history of the radio!

The Discovery of Radio Waves

Radio waves have the longest wavelengths on the electromagnetic spectrum.

In the late 1880s, Heinrich Hertz proved the existence of radio waves. He essentially attached spark gaps at the end of an induction coil and the receiving end of an antenna. The waves created were picked up by the antenna, and sparks would jump the gap between the two.

Approximately a decade later, Guglielmo Marconi used the knowledge of radio waves to create the first wireless telegraph. He successfully sent a message from England to Newfoundland—across the entire Atlantic Ocean.

The wireless telegraph worked by tapping Morse code onto a telegraph key, creating a message of electrical pulses that could get picked up at a certain frequency.

Marconi won a Nobel Prize for his work on wireless communication. His work kickstarted the way in which we use the radio today, which began to sell commercially in 1900.

The early uses for the wireless telegraph generally consisted of military communications.

The History of the Radio as We Know It Today

It wasn’t until 1914 that a Canadian by the name of Reginald Fessenden discovered a broadcast wave strong enough to transmit voices and music. He worked with General Electric to build alternators that could sustain a wave as powerful as this across thousands of miles.

It was the perfect time for an application of this sort to be invented, as news of World War I could be dispensed much more efficiently. It became a necessity to stay up-to-date and entertained.

With this invention, the world became unified — for better or worse. Information could get presented immediately, which changed our society’s way of life.

The most common use of radio is for entertainment in the car. People pursue careers out of this line of work. We can listen to music, advertise our businesses, and hear the news 24/7.

We’ve come a long way since radio waves were first discovered. The history of the radio contains good and bad moments, but we aim to make more good out of this fine invention.

If you’re likeminded and wish to become a proponent of radio services, contact us! We do the programming for radio stations and provide On Air radio DJ’s for station all across the country. 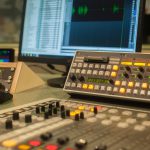 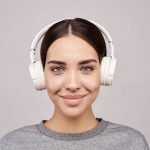 Jason Kidd, CEO of New Generation Radio and its affiliates VirtualJock.com and Smash Hits has also spent the last decade in Washington, DC between mornings at WIAD, Afternoons at WRQX and prior to that he spent 10 years programming for CBS Radio. He achieved some of the highest ratings in PPM history for WPGC Washington, DC; including beating rivals WKYS and WIHT 18-34, 18-49 and 25-54. He also received the S.I.N Award for Best Rhythmic Major Market Program Director for 2012.

Prior to programming WPGC, Jason spent 7 years with CBS in Baltimore as PD of Adult Hits WQSR (JACK FM) and Hot AC/Adult CHR WWMX. JACK FM was # 2 P25-54 under Jason and was one of the most successful JACK stations in the country. At WWMX he was the first HOT AC station in the country to start playing rhythmic pop; which eventually led to WWMX surging to # 1 P25-54 and the station continues to do well today. He also led KQBT/Austin to success against rival KDHT.

How to Find the Right Voice Talent for Your Project 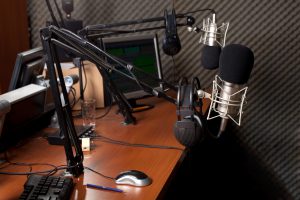 How To Start Establishing Your Radio Station Brand 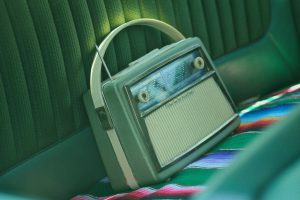 What Are the Challenges of Radio Programming?